The International Tennis Federation (ITF) has sold out.
To be more precise: ITF sold its independence.
The ITF bosses have become puppets in the hands of commercial forces who have their own best interests in mind.

How serious is it really when the sport since long in many areas has been run by commercial interests? It’s precisely because of that why it’s particularly serious.

The purpose of the International Tennis Federation has always been to take all interests into consideration: from the players to all stakeholders, from the grassroots up to Grand Slam level. The fact that the ITF has now sold its independence means that much of its function has been lost.

The warning bells already rang when the Davis Cup was slaughtered last year. Although the ITF officially still runs the national-team tournament, in reality it’s in the hands of the football pro Gerard Piqué and his colleagues at the investment company Kosmos.

The company has said it will invest 3 Billion US Dollars in the tournament, over a 25-year period. With such commitment Kosmos could be a fantastic sponsor, appreciated by the global tennis community.

But, when it turns out that Kosmos is actually more of an owner with selfish interests than a sponsor of the Davis Cup, the case becomes entirely different.

The fact that it was Piqué, and not the people at the ITF, who suggested that Davis Cup should be merged with Fed Cup, and that the final should be played in April instead of in November, is a clear sign of who holds the reins of power.

Kosmos has already made the Davis Cup unrecognizable. It should be emphasized that the changes were made in a democratic fashion. With a 71.43 percent majority the member nations (although the votes are weighted in an electoral college system) voted in favor for the controversial proposal to remodel the tournament into a “World Cup” event with shorter match formats.

Kosmos will pour money into the 18 national teams and federations that qualify for the finals in Madrid. Every player in the finals is guaranteed a hefty sum. But everything and everyone can’t be bought. Many players are very critical of the new Davis Cup format.

And yes, there were critics also against the previous format and yes, top players often didn’t play in the first rounds. But, to my knowledge, no player has declined to play a David Cup final. It remains to be seen which of the stars will play the final of ”Piqué Cup”, as some of the players have chosen to call the tournament. ITF is stickning to calling it Davis Cup, but surely that too could change for the right price.

The conflict of interest is evident

Last week the International Tennis Federation announced that it had reached a cooperation agreement with the International Management Group (IMG) Academy. From now on IMG Academy will be involved in the junior world rankings.

The IMG Academy is a private academy based in Bradenton, Florida, and its sole interest is its own players: to help them advance in the rankings and maximise wildcards to IMG-players. Under normal circumstances this is all fine. In the light of the cooperation, however, it suddenly becomes very provocative.

You don’t have to be conspiratorial to think that IMG could be the driving force behind the changes made this year to the ITF tour. For example, the junior ranking has become considerably more important than before. Higher placements on the junior rankings could mean direct qualifications to the 15K tournaments, at the expense of “older” players. The communicated purpose is to facilitate the juniors transition to the senior tour.

The fact that the International Tennis Association has involved a private player in the ranking system is remarkable. It’s a clear conflict of interest and a blow to its independence.

However, the ITF seems unconcerned and writes on its website:
“This relationship reflects the shared commitment of the ITF and IMG Academy to developing the next generation of tennis stars”.

IMG Academy is involved in the junior ranking system.
Gerald Piqué manages the Davis Cup.
Ultimately, the ITF, sooner or later, is likely to pay a high price for the decision to sell out. 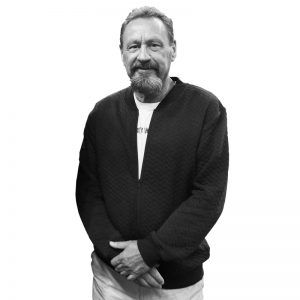 Harry Wendelken didn´t loose a set on his way to the title in the Grade 3-tournament Salk Open. Next up for the 17-year-old talent is Australian Open.