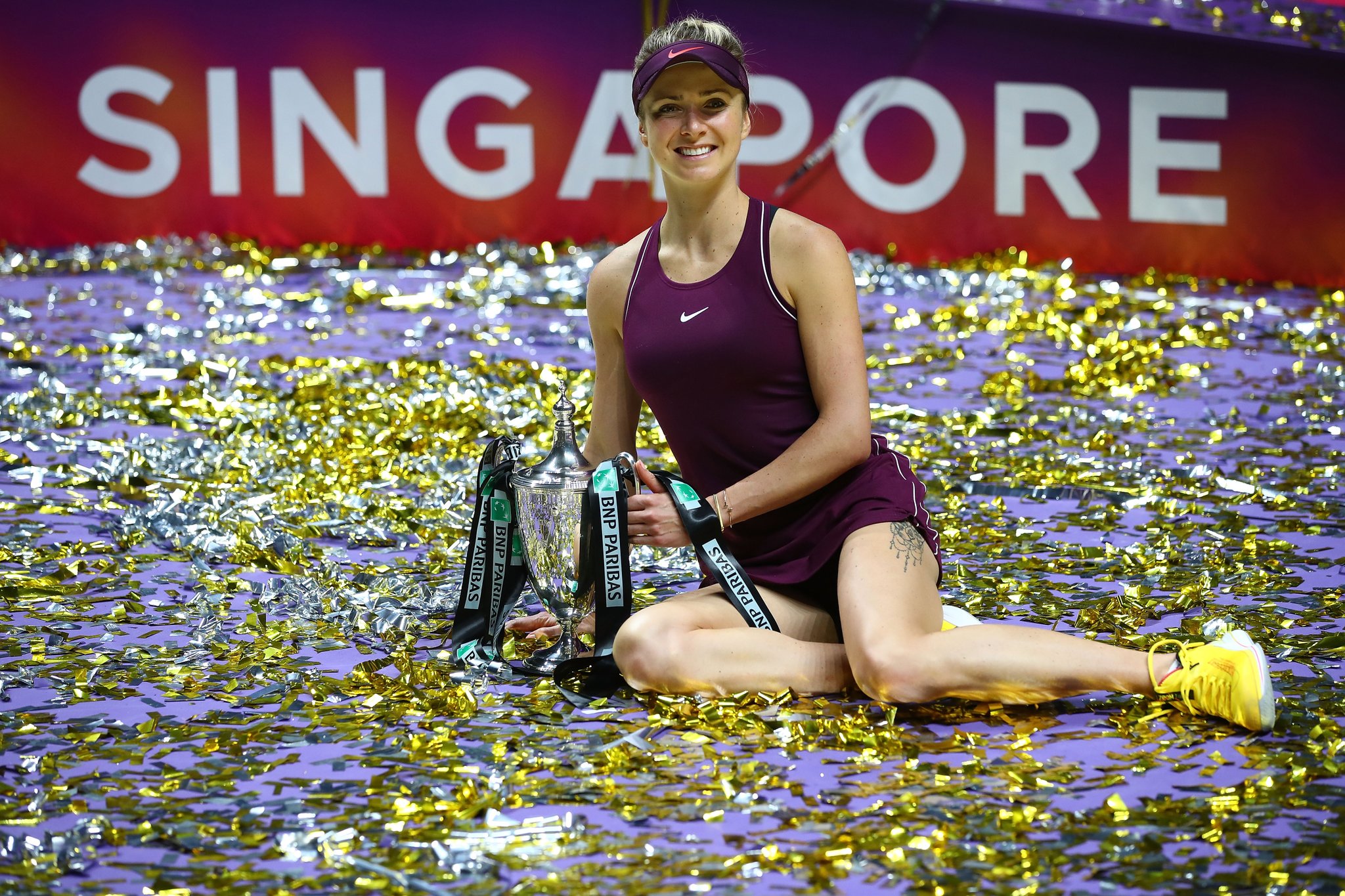 She has not passed a Grand Slam quarter and has never played a final in one of the four biggest tournaments on the WTA Tour. That’s why her name was never mentioned in the pre-match build-up to last week’s WTA Finals in Singapore. But last Sunday the 24-year-old Ukrainian took home the title after beating Sloane Stephens in the final with 3-6, 6-2, 6-2.

In the absence of the world number one Simona Halep (due to back injury) and Serena Williams the WTA Finals certainly felt open, but still there were far more merited players than Elina Svitolina.

Svitolina in strong form
Unlike several of the seven competitors, she had not shown strong form during the second half of the season. After Rome in May, where she won her third title for the year (twelfth in career), Svitolina has not been in a single final.

However, in Singapore everything fell into place for the world number seven where she went undefeated throughout the whole tournament. After winning the opening match against Kvitova in straight sets, the remaining four matches required a decisive third set. On her way to the trophy she then struggled past Pliskova, reigning champ Wozniacki, Bertens and finally Stephens.

A few months after last year’s WTA Finals, Wozniacki also won her first Grand Slam at the Australian Open. This fact could give Svitolina, with her recent victory, a boost going into the next year. At same time, she will face greater expectations and it remains to be seen how Svitolina will handle the situation, especially at the biggest tournaments.

Unlike Wozniacki – who has held the number one spot before and also had played two Grand Slam finals (US Open 09 and 14) – Svitolina still has a lot to prove at Grand Slam level. What speaks for the Ukrainian is that she has evolved steadily over recent years. Five years ago she entered the top 50, the year after that top 30, and then two seasons followed among the top 20 before she managed to break into the top 10. Svitolina has an impressive 13-2 in finals, a proof that tension doesn’t affect her too much.

Impressive depth at the top
Just like last season, there were four different winners at the Grand Slams: Wozniacki (Australian Open), Halep (French Open), Kerber (Wimbledon) and Osaka (US Open). The fact that all but Kerber are first-time Grand Slam winners is a clear indication of a well-respected depth at the top. In one way it’s an advantage for the sport, but it also means that even top players are relatively anonymous to the broad sports audience.

Like all sports, tennis needs its stars
It’s because of this reason Serena Williams is so important to women’s tennis. Hopefully the 37-year-old American still has the motivation to hunt for a 24th Grand Slam title, which she was only one match away from at both Wimbledon and US Open. This year, for the first time since 2011, Williams did not win a Grand slam title. She was, however, awarded with “Best Comeback”. After just over a year of maternity leave, Williams had fallen in the rankings to 491. Now she is 15.

Meet two of almost 1400 players who lost their ATP-ranking