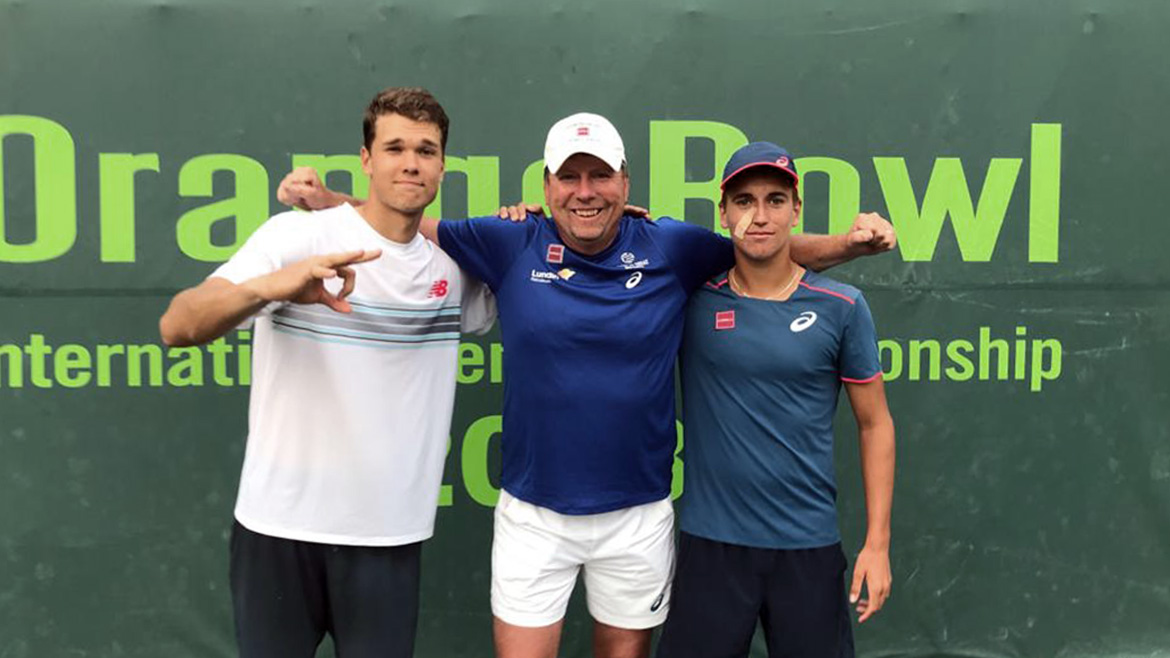 Otto Virtanen made history the past weekend – by becoming the first Finn to take the title at Orange Bowl. For the coming season his aim is set to become the junior world number one.

Before the tournament no one would have guessed that the temperamental Virtanen would finish the year in such a fantastic manner. Not that he doesn’t have the capacity but rather there’s been a lack of stability. The occasional big wins have been mixed with weaker efforts.

Before Orange Bowl Virtanen had played only five Grade A tournaments and at Eddie Herr, the tournament leading up to Orange Bowl, he only managed to take two games. But this past week everything fell into place for the Finn, who trains at the Good to Great Tennis Academy in Stockholm.

– During the week he found a good clay game, his coach Peter Carlsson said.

In the third round the 13th seeded Virtanen beat the top-seeded Bulgarian Adrian Andreev, and in the quarter-final he was set against the Brit Anton Matusevich. They have played each other several times in the past year.

At Wimbledon Virtanen beat the Australian Open champ Sebastian Korda in the first round, but fell short against Matusevich in the third. He took his revenge in the first round at the US Open but then he couldn’t make it past the second.

In the quarter-finals at Orange Bowl Virtanen lost the first set but managed to win, and he did the same thing in the semis against the Argentinian Alejo Lorenzo Lingua Lavallen.

To come back from being a set down and win is of course a sign of strength, especially when it comes to players that struggle with their mood and focus when facing adversity.

In the final Virtanen beat the one year younger American Zane Khan (7-5, 6-4), who was given a wild card to the prestigious junior tennis tournament.

By winning the big title Otto Virtanen climbed thirty spots in the World rankings and will now finish the year as number 13. Within a few weeks he will advance an additional seven spots without playing, as all players born ‘00 will fall off the list.

– My goal now is to become the world number one next year, Virtanen says, while hoping that his historical title will get some extra attention in his home country.

– I hope they have some kind of surprise. We’ll see if they think it’s a big thing. Personally I haven’t taken it in yet, he said immediately after the final victory.

Meet two of almost 1400 players who lost their ATP-ranking